Numerous short, but ancient rivers drain the steep mountainous backdrop of the famed “Garden Route” in South Africa’s southern Cape region – a landscape that provided the rich tapestry for stories such as Dalene Mathee’s classic work “Fiela se Kind”.  These rivers are the colour of tea because of anti-herbivore chemicals released by the leaves of the indigenous fynbos plants that cover their catchments.  Situated in between winter and summer rainfall regions, these systems have highly variable flows, which sets the scene for an array of uniquely adapted invertebrate species that dwell beneath the surface.  In particular, much of the freshwater life inhabiting these streams, including the several species of case-building caddisfly, are unique to the region and are recognised as ancient Gondwanaland relicts – species that were around when Africa was still connected to America! 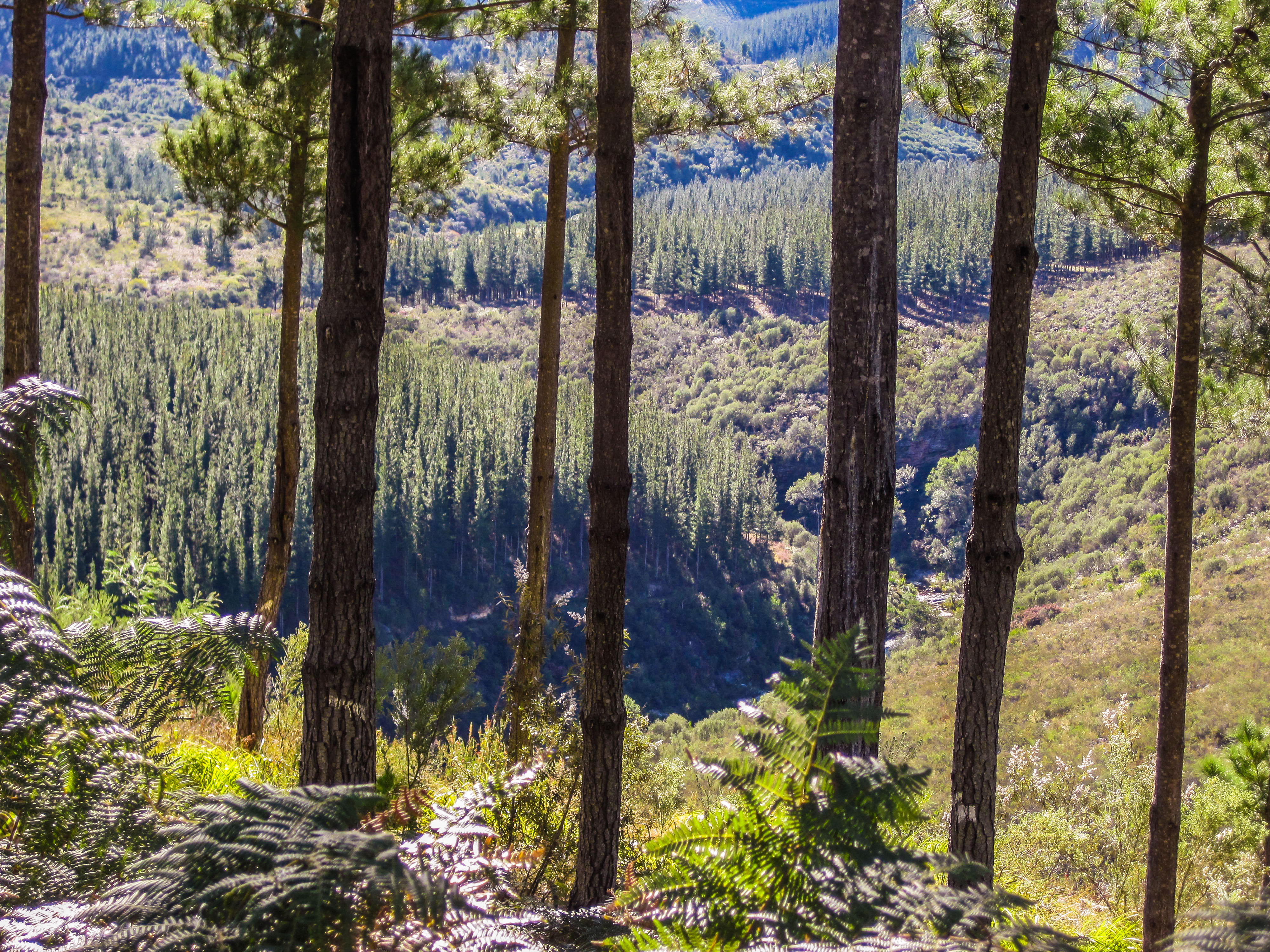 Pine trees were originally brought to the Garden Route for forestry, but have since become invasive in many river catchments (Photo: Nick Rivers-Moore)

During the 1930’s economic depression, large areas of this region were planted with commercial timber, which resulted in large-scale replacement of indigenous vegetation (like age-old mighty yellowwoods that can still be found if you know where to look) by introduced species like blackwoods and gum trees, which have since invaded into the riparian zones of many of the regions’ rivers. Such species invasions could have consequences for river flow, temperature and biodiversity, but only recently have scientists started studying these kinds of impacts to figure out how the river ecosystems are changing in response to alien plant invasions, and how to conserve them and their precious fresh water. 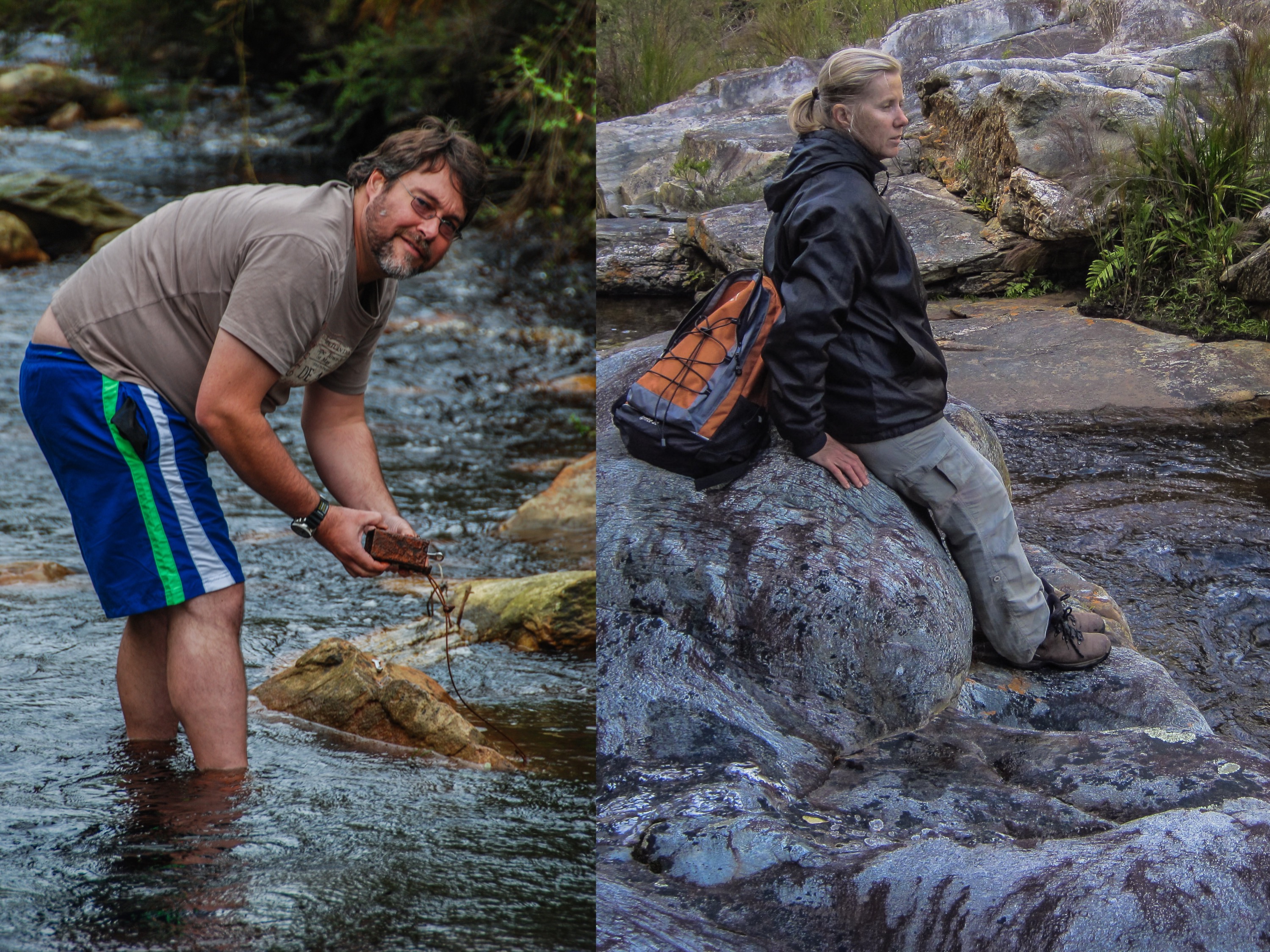 Rising to the challenge, FRC researchers Nick Rivers-Moore and Helen Dallas, supported by co-authors Ferdy de Moor (Albany Museum) and Jaco Barendse (SANParks), undertook a study to assess the impacts of alien plant infestations on water temperatures and freshwater biodiversity. The research team collected data over a two-year period (2013-2015) on water temperatures, aquatic macroinvertebrate diversity, and non-native tree densities.  Abundances of sensitive taxa such as the mayfly Lestagella penicillatawere reduced at sites with high densities of non-native riparian trees due to raised water temperature – likely a result of large-scale plant invasions that can be traced back to forestry activities earlier in the 20thcentury.  Interestingly, when looking at the aquatic insect community as a whole, the major drivers of species composition were determined by natural landcover type (i.e. how much fynbos and indigenous forest patches are still intact!). 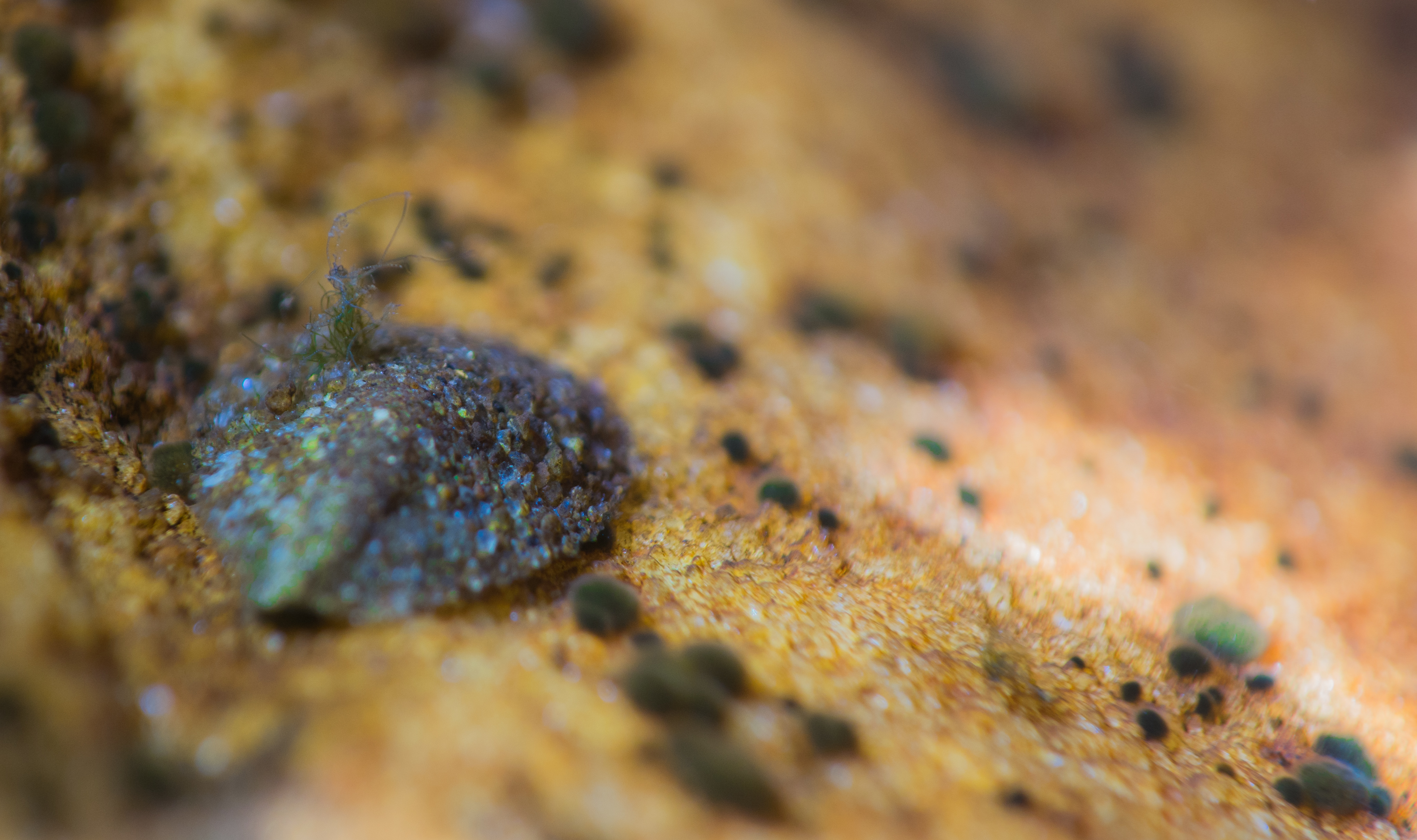 One of the unique and ancient case-building caddisflies (in this case the aquatic larval stage) that occurs in the region (Photo: Jeremy Shelton)

Based on these findings, the research team recommended that conservation of the unique aquatic species inhabiting these rivers will depend on maintaining a healthy mosaic of natural vegetation types, particularly in riparian areas. The added benefit of this could be an increase water quantity and quality in these river systems, as a result of keeping the relatively ‘thirsty’ invasive plant species at bay. Ultimately, South Africa’s world-renowned Working for Water alien plant removal initiative may hold the key to the long-term conservation of these river systems and their mountainous catchments. 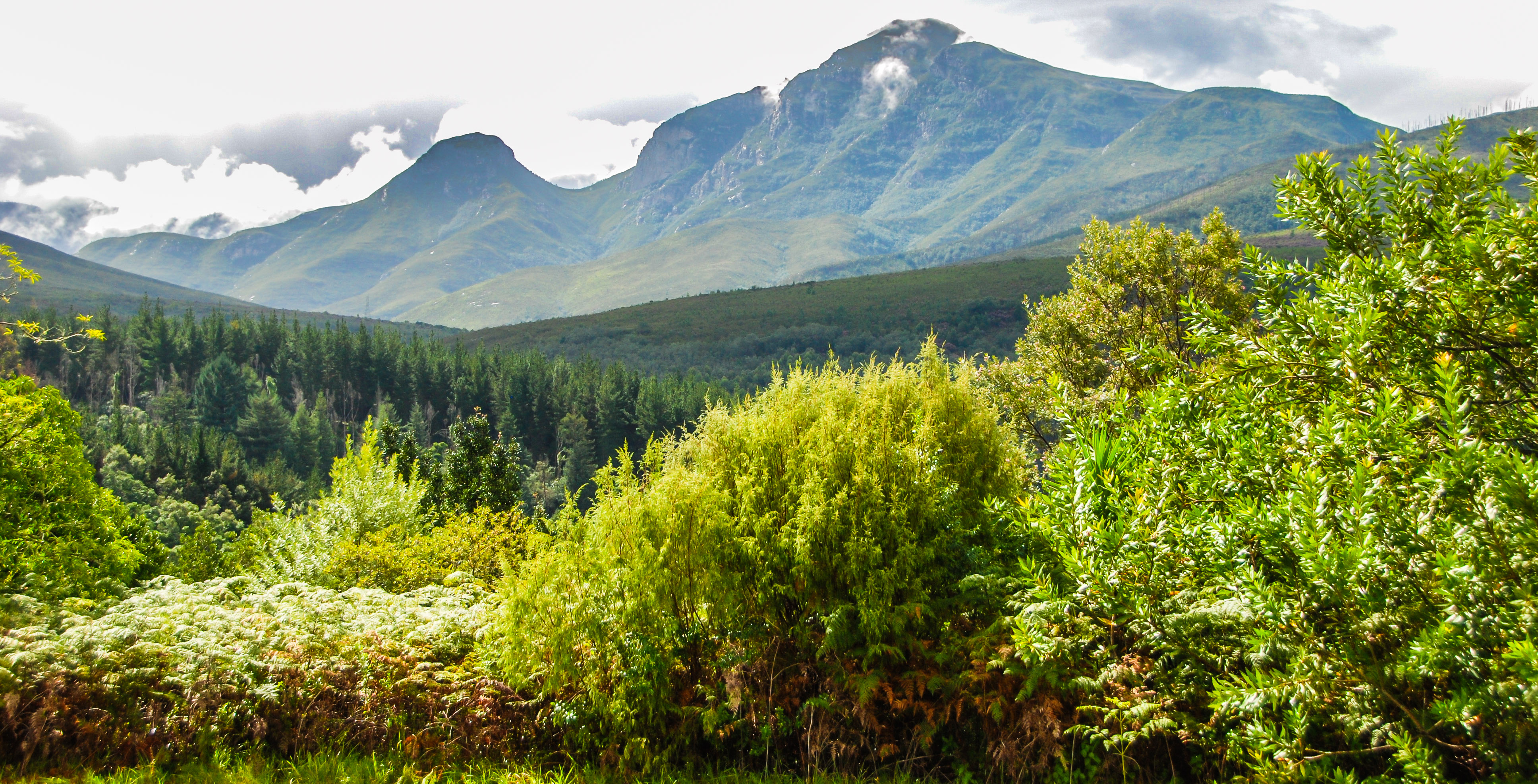 This study was funded by the Water Research Commission, and supported by SANParks and Cape Pine. More information on this study can be found in a recently published paper in the African Journal of Aquatic Science.