Pilot study on investigating the current status and changes in the pest blackfly (Diptera: Simuliidae) problem on the Orange

About
Blackfly along the middle and lower reaches of the Orange River are major pests of livestock and labour-intensive agriculture, with losses to the industry calculated to exceed R300 million per annum based on current meat prices. The problem is attributed to winter high flows, with the main pest species being Simulium chutteri Lewis although there are times when S. damnosum s.l. Theobald and S. impukane de Meillon are problematic. During 2011, blackfly outbreaks in the middle and lower reaches of the Orange River were noted to have worsened. It was proposed that current reduced success in controlling S. chutteri using larvicides could be one of the reasons for this. Alternatively, or additionally, outbreaks may have been due to other species of blackfly not being targeted for control, particularly S. impukane. This study utilized a combination of published data, empirical field surveys, and experiments to investigate the likelihoods of these competing reasons, and to propose control options. Based on the combined evidence, it is unlikely that the outbreaks experienced during 2011 were the result of another species of blackfly additional to S. chutteri. The best avenues for improved blackfly control should focus on (1) management issues around the control programme itself, as previously highlighted by Palmer et al. (2007), and (2) hydraulic studies linked to investigations of downstream carry of larvicides in the anastomosing sections, which are likely to be the least well controlled areas on the middle Orange River. However, while it is unfortunate that these sections are associated with human settlement areas, it is also important to bear in mind that residual populations of different species of blackfly should be maintained in the range river as parts of its natural ecological functioning, and that the anastomosing sections could be serving a role as refugia. 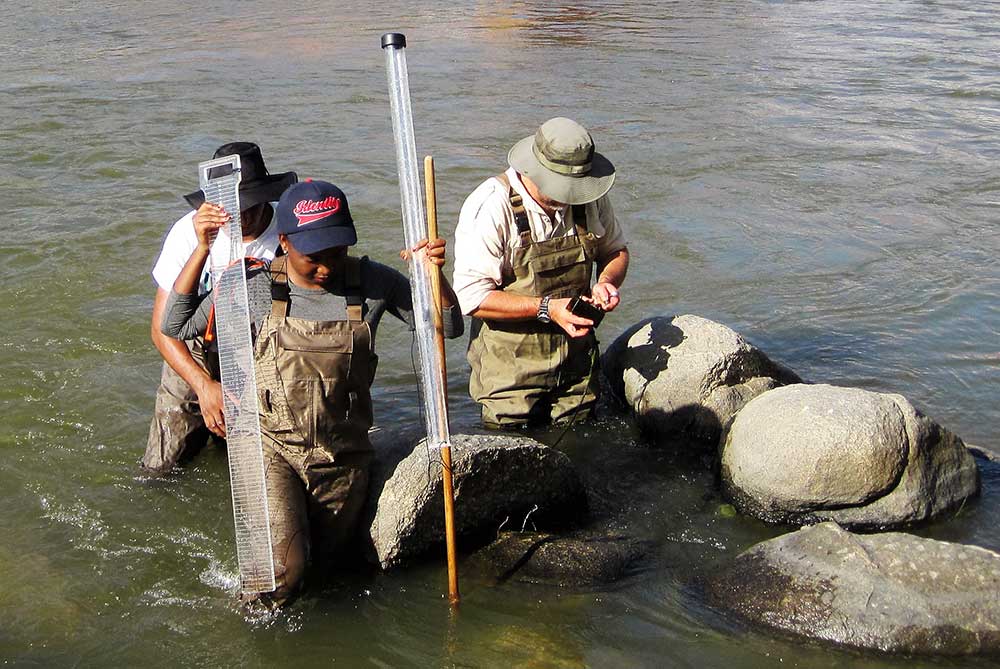 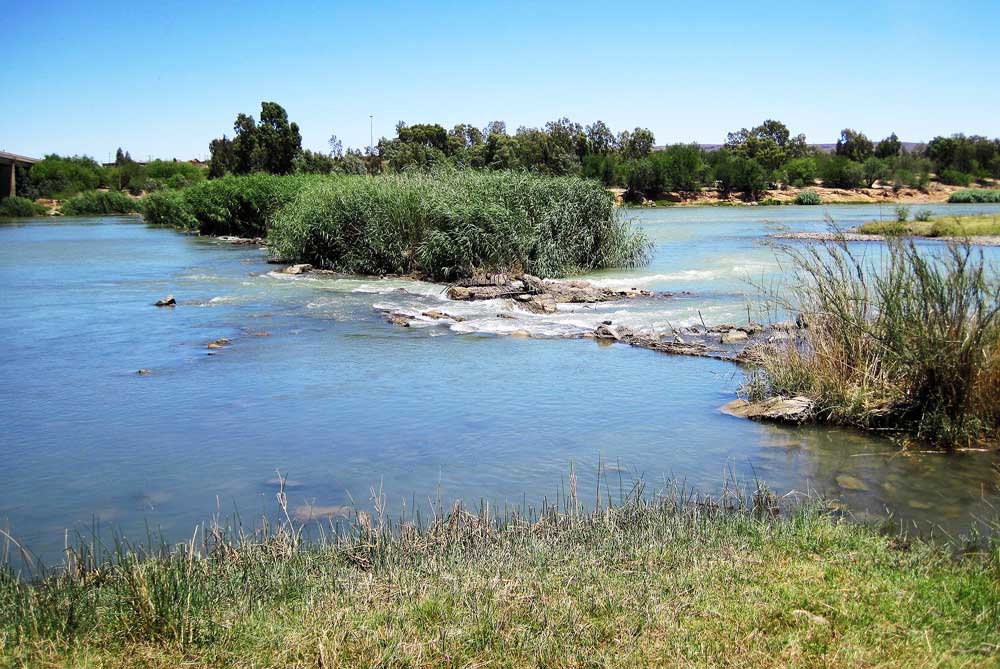 About
This project builds on the previous research related to blackfly outbreaks on the Orange River. Its primary aims were to (1) test and refine the recently developed pilot probabilistic blackfly outbreak model by inclusion of temperature and turbidity data, and using previous flows and monitoring data; (2) undertake climate change scenario analyses to assist future management planning; and (3) provide an evaluation framework for monitoring data of blackfly larval densities, based on the outbreak model. This study consolidated much of the previous research related to the Blackfly Control Programme over the past 15-20 years into a useful predictive management framework. There were two outcomes from this : firstly, a predictive management model for use by the Department of Agriculture, Forestry and Fisheries for estimating the likelihood of blackfly outbreaks under different flow conditions, and which blackfly species are likely to be the problem; and secondly a mobile phone application as a tool for reporting nuisance levels that can be used by the general public to increase monitoring coverage. Together, the components of this framework are different from previous aspects of the Blackfly Control Programme, because they provide a structured means for auditing the successes and failures of the Blackfly Control Programme, and there is the basis for evaluating the most likely scenarios of future blackfly outbreaks in response to climate-change-induced water temperature increases. This could facilitate more streamlined and proactive control management strategies of blackfly, and promote adaptive management (learning by doing, especially mistakes). 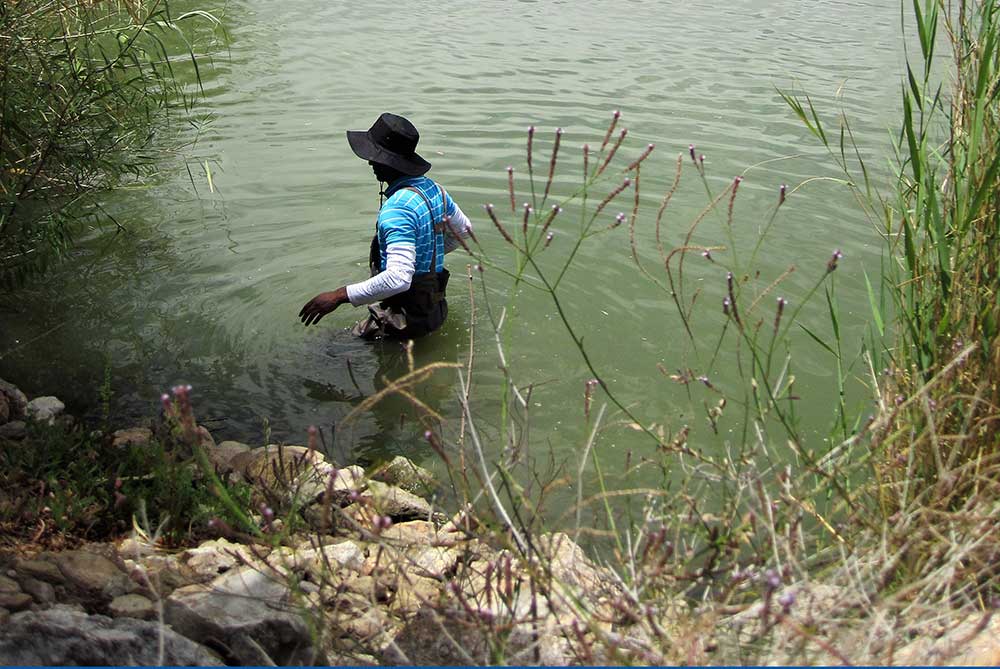 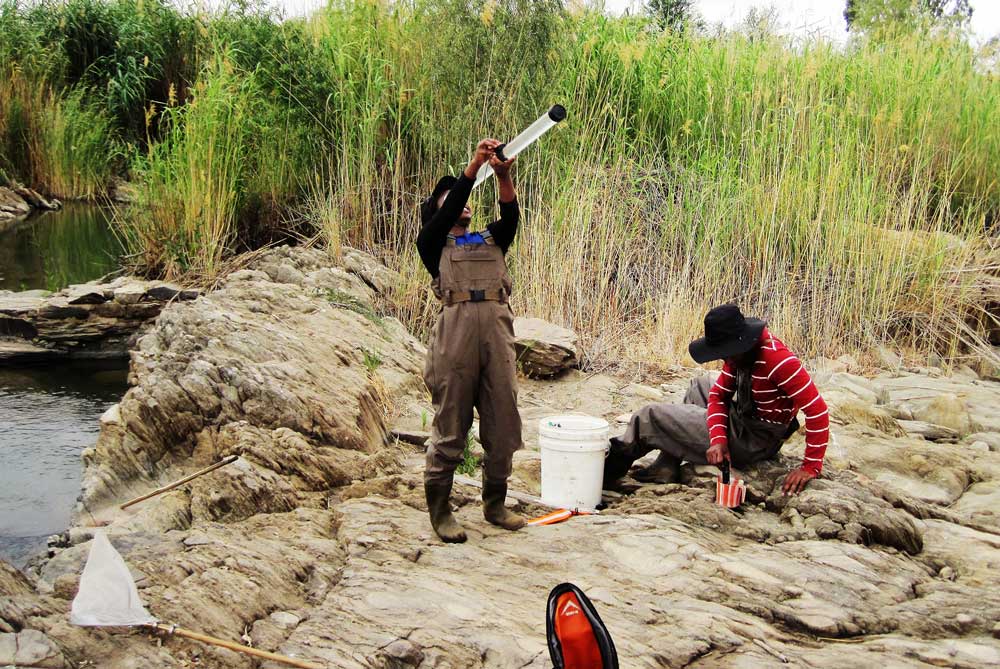 About
Red Meat Research and Development SA funded a recently completed study that tested a second larvicide for controlling pest blackfly on the middle and lower Orange River.  Mnr. Hoffie Joubert from KLK was also instrumental in assisting with project supplies.  While the larvicide is not new, it became ineffective in the mid-2000s for controlling pest blackfly here, because of a build-up of resistance to the product in the local blackfly population.  This means that only one larvicide, a bacterial larvicide called Vectobac, has been available for controlling blackfly for the past 10-15 years.  The Orange River Blackfly Control Programme, established in the early 1990s, was originally based on alternating use of two larvicides - a bacterial larvicide (Vectobac®) and an organophosphate (Abate®).  Both options had advantages and drawbacks to their use.  In the case of Vectobac, the likelihood of pest blackfly developing resistance was low, but the higher viscosity and lower concentration of this larvicide in solution came with drawbacks including the need for more helicopter doses, clogging of applicator nozzles.  While Abate does not result in these application drawbacks due to its more concentrated, lower viscosity formulation, its over-use was cautioned against because of the higher likelihood of resistance developing in Simulium chutteri.

By 2005, due to overuse of Abate, larvicidal resistance had been confirmed, and a study completed in 2007 was unable to recommend any viable alternatives.  With more than ten years after the last use of Abate in the Orange River, it was hypothesized that larval resistance had diminished to the point where Abate could be used again.  During this period, where blackfly take 12-24 days to complete a life cycle, there is likely to have been a few hundred generations, with resistance being bred out.

Dr Nick Rivers-Moore, an aquatic ecologist with fifteen years of research expertise on blackfly ecology, recently re-tested the efficacy of the larvicide Abate on pest blackfly.  This was first tested for product viability at a site about half an hour’s drive from Grahamstown on Great Fish River.  Here, the same species of blackfly which cause the outbreak problems on the Orange River have not been exposed to Abate.  Next, the gutter trials were repeated on the Orange River near Upington in the Northern Cape.  In all trials, larval mortalities were significant after application of the larvicide.  Dr Rivers-Moore said that “after a dormancy period of 10-15 years, blackfly larval resistance in the Orange River appears to no longer be a constraint in the use of Abate for blackfly control in the Orange River.”  These results were met with enthusiasm by the Blackfly Control Programme officers in the Upington DAFF office.  However, he says that “it is recommended that upscaling of these results is considered prior to re-introduction of Abate as a second larvicide for controlling pest blackfly on the Orange River.” 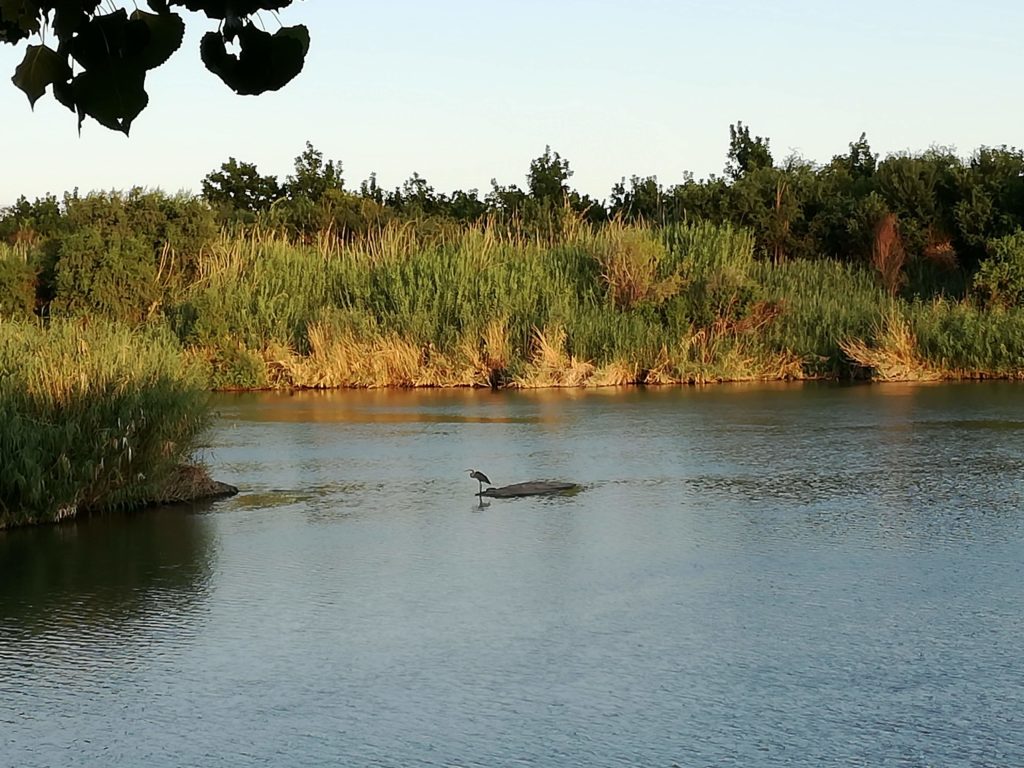 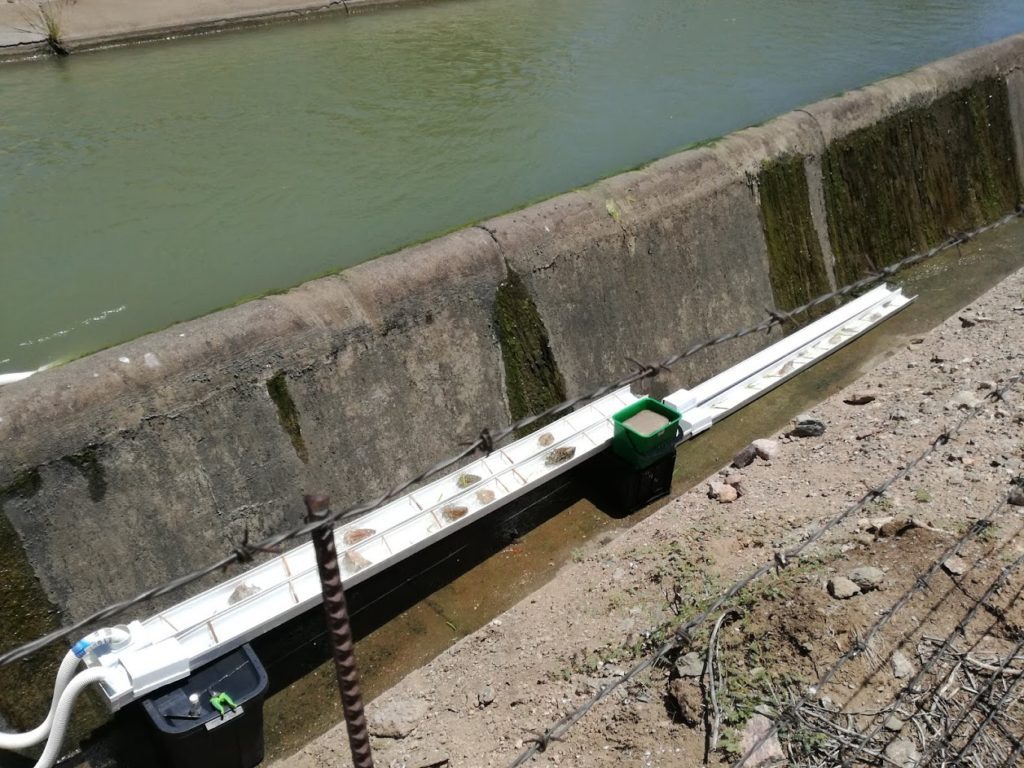